JobTrainer is Out of Touch with What Young People Need 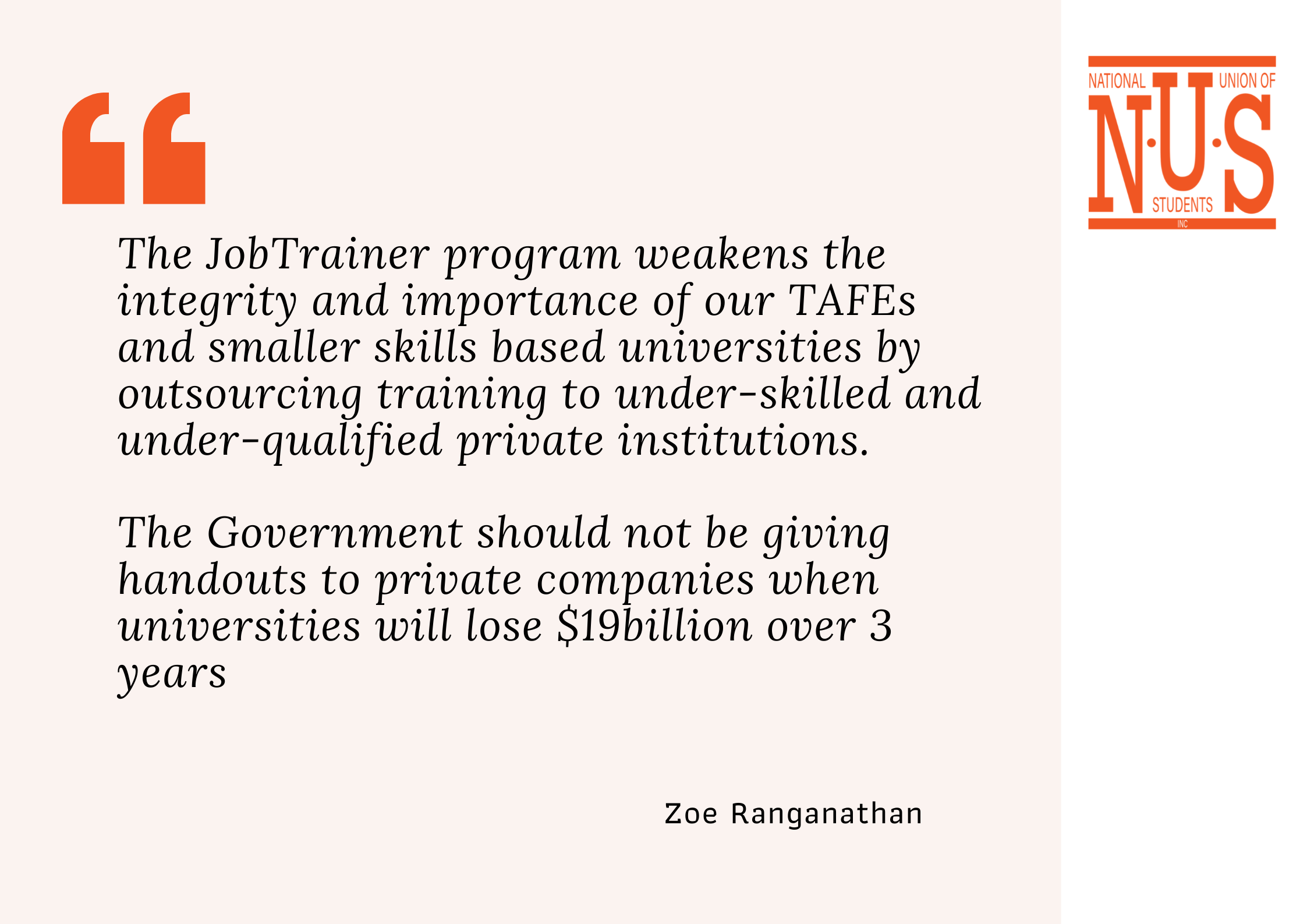 JobTrainer is Out of Touch with What Young People Need

The Federal Government’s track record of remaining out of touch with young people has continued with their announcement of $1 billion for the JobTrainer scheme.

JobTrainer was announced in 2020, with $2billion for young people aged 17-24 and the unemployed, to give them the opportunity to find employment. However, this scheme does not give enough to students, apprentices and trainees, and our sector is set to become second rate and out of touch with other first class education nations.

JobTrainer will be supporting JobMaker, the Government’s failed scheme to create Australian jobs. Despite claims that JobMaker would create 450,000 jobs, only 1,100 have been created. Young people have yet again been left out in the cold by the Liberal government.

Raising youth allowance, lowering the age of independence and funding tertiary and vocational education is what young people need to ensure that they are able to support themselves until they can find a job or finish their training. The Government has left young people out of the conversation and this shows just how out of touch Morrison and Tudge are.

NUS National Welfare Officer Arabella Wauchope said “investing in our future means backing in all institutions that are qualified to give the skills needed in Australia’s future. Now is the time to be ensuring Australia continues to deliver high quality higher education.”

“The JobTrainer program weakens the integrity and importance of our TAFEs and smaller skills based universities by outsourcing training to under-skilled and under-qualified private institutions. The Government should not be giving handouts to private companies when universities will lose $19billion over 3 years” said National President Zoe Ranganathan.