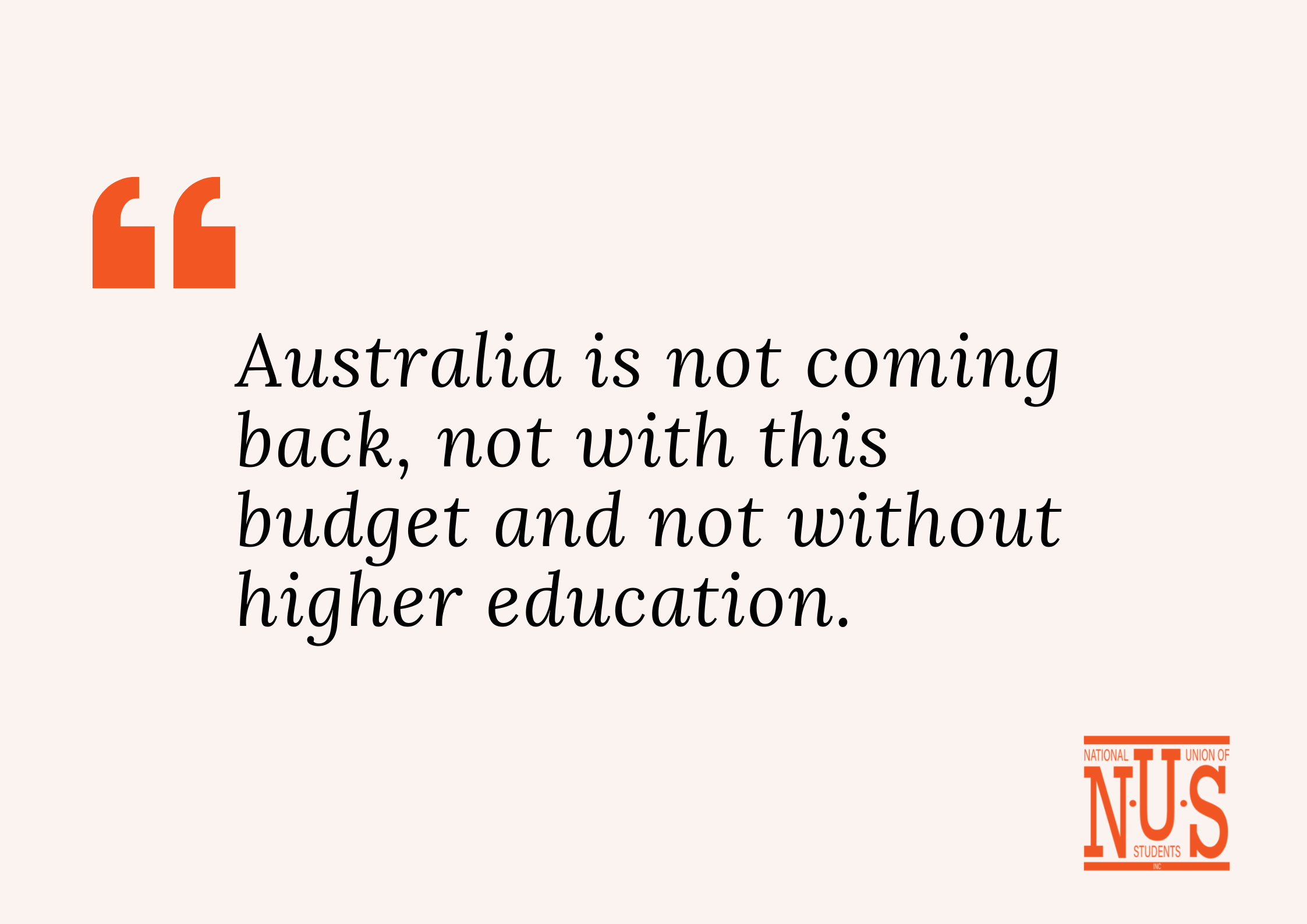 “Australia is not coming back, not with this budget and not without higher education.” says NUS National President, Zoe Ranganathan, in response to a 10% cut to the higher education sector in this year’s Federal Budget delivered this evening by Treasurer Josh Frydenburg.

The NUS strongly condemns the $9.4million to private institutions to deliver course content online. This scheme will give a green light to low quality courses, and perpetuate the treatment of International students as cash cows.

Despite the sector being on track to lose $19billion over the next three years, the allotted $26million to support short course places at non-university higher education providers will only translate to a lacklustre 5,000 placements across the country.

The extension to the failed JobTrainer scheme and so-called ‘Women’s budget’ is yet another demonstration of how out of touch Scott Morrison is with the needs of Australia’s most vulnerable people.

JobTrainer has failed to meet its target of 450,000 jobs, with only 0.24% of the goal reached. Funding for women equates to only $6.90 per woman per year. “Spare change isn’t enough to save us from sexual assault.” said Ranganathan.

The Government’s target to return International students in 2022 is logistically unsound, with no funding for specialised quarantine centres in the state with the most students. That higher education is our fourth largest export appears to bear no concern for this government, providing no concrete plan for International university student revenue recovery.

Overall, the 2021 Federal Budget sets the higher education sector up to fail. Universities will close, more staff will be cut, and students will be left with HELP debts and no degree.

This is a government who have pretended that students don’t exist on budget night.

More to follow in the NUS’ post-budget analysis brief.