‘No Appetite’ for Borders to be Reopened: International Students Hungry to Return 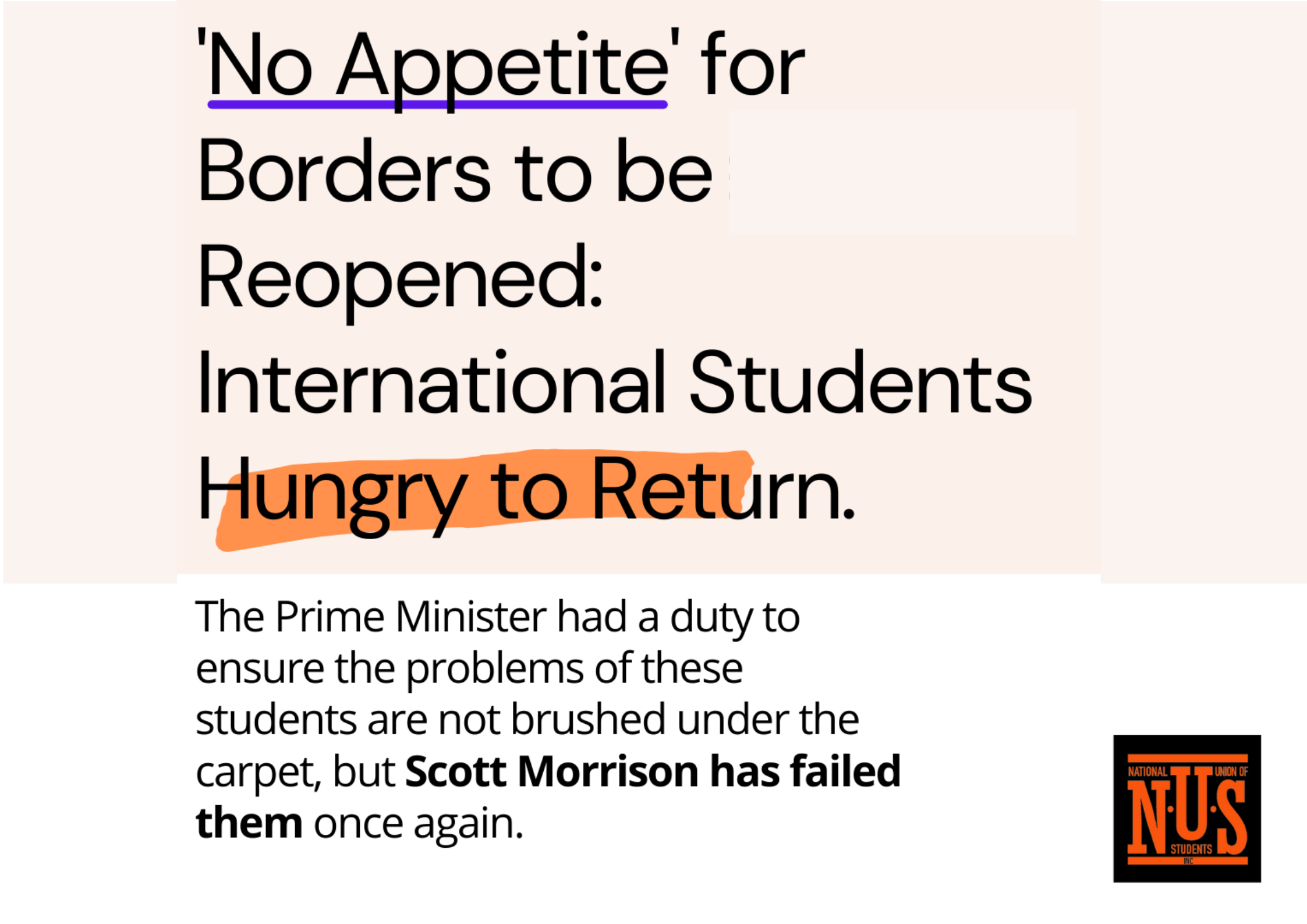 ‘No Appetite’ for Borders to be Reopened: International Students Hungry to Return

Scott Morrison has said that he does not ‘see an appetite’ from Australians for the border to be reopened. This will have heavy implications for International Students as they are kept away from accessing their education in full for the foreseeable future, and the higher education sector is deprived of our fourth largest export.

Minister for Finance Senator Simon Birmingham, echoed this statement today, saying there was ‘no appetite’ for the border to reopen from Australians.

“Without doing major transformations to the university, we have cut the university as far as we can cut it,” said Vice-Chancellor Schmidt. “The university sector is not alone in its call for a clear calendar for when Australia will open, based on the vaccination rollout.”

A Guardian Essential Poll released today saw 56% of the sample said that Australians should be able to return from India provided they complete the mandatory quarantine requirements.

Education Officer Chris Hall said “this deafening silence on higher education in this year’s budget should not allow the government to go without criticism for it’s utter neglect of students. Without a clear plan to open the door for International students, we lose out on the opportunity to support our economy and to enrich Australian universities.”

“The announcement by the Prime Minister disheartens every international student stuck in limbo overseas waiting to resume or begin their studies in Australian universities. The future of these students is at stake, they’ve put their lives on hold only for Scott Morrison to turn around and indicate that Australia does not value the financial investment and time investment by them” said General Secretary Param Mahal.

Students who were due to complete their courses this year have availed multiple opportunities to defer their study terms are now at the end of the line. The uncertainty and loss of much more than just money is having a tremendous impact on their welfare.

The Prime Minister had a duty to ensure that the problems of these students are not brushed under the carpet, but Scott Morrison has failed them once again.