Federal Government ‘Out of Tudge’ with Universities 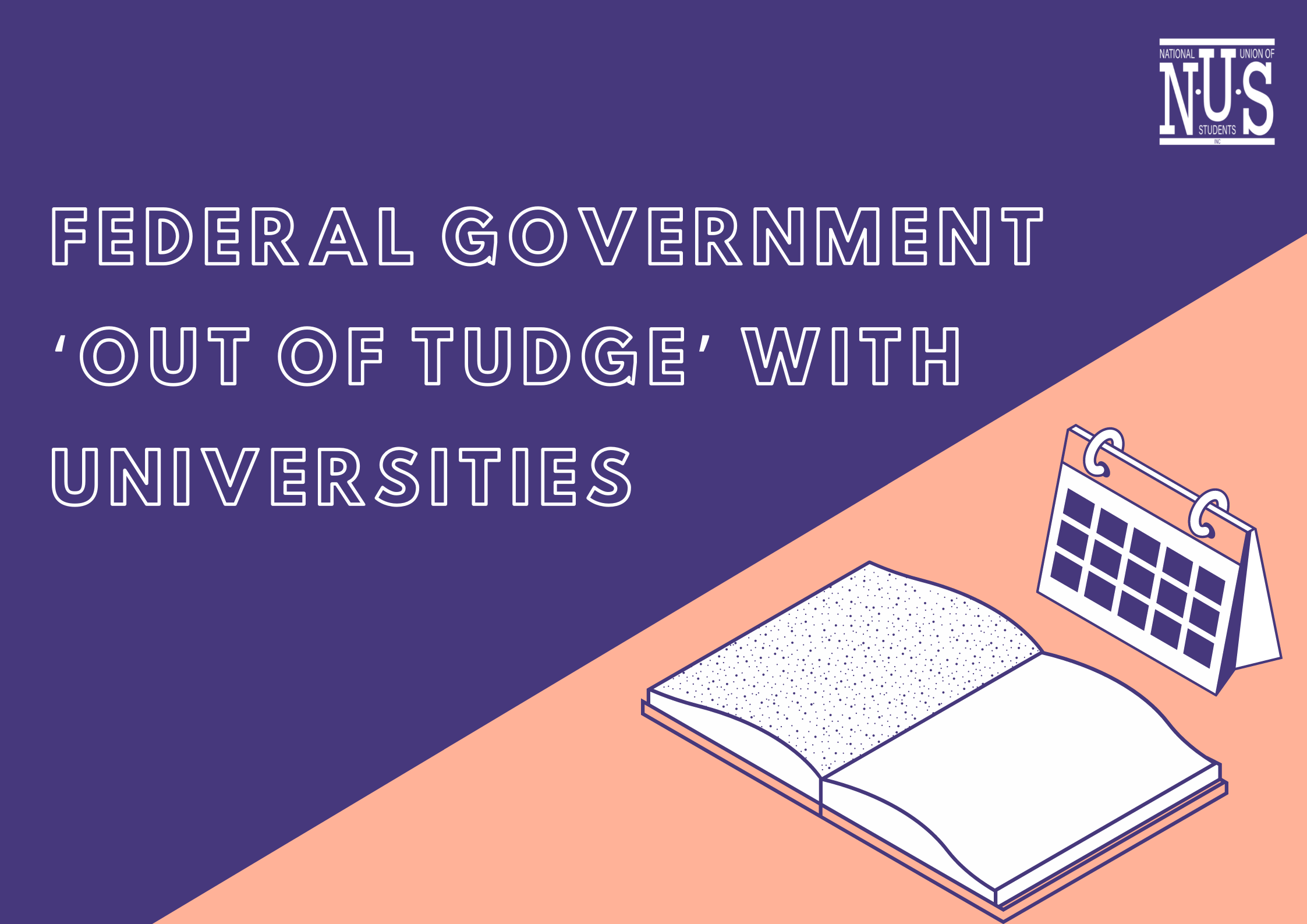 Federal Government ‘Out of Tudge’ with Universities

This announcement has been heralded by major universities as a move towards vital assistance for our struggling universities and students – one of the sectors impacted the most by the COVID-19 pandemic.

Instead of responding with a plan of action, words of assurance, or a concrete timeline, all the Minister has to say is that he is “very cautious”.

NUS President, Zoe Ranganathan has stated that “this timid approach from Tudge is not the style of leadership that students need from the Government right now.” She continues by saying that “regardless of whether International Students are allowed back into Australia next month or next year, students need clear communication from the Government in this time of crisis.”

This is even more evidence that the Morrison government is failing to plan for the future of higher education. Ranganathan states,

“First, they locked us out of JobKeeper. Then universities slashed our courses and staff. Now, they don’t even care enough to have a plan for the education and welfare of a quarter of our students. They’re completely out of touch. The higher education system is failing.”

The NUS calls on the Federal Government to formulate a plan for the return of students, when COVID-19 safe, in consultation with student representatives and staff. It is integral that this plan includes post-arrival care, with funding set aside for students who no longer have housing and jobs in Australia. NUS International Students officer, Varun Kale states that “universities and international student bodies need to be involved at every stage of this process so that students can be assured that they will have a home to live in, a job to go to, and medical support in the country.”

If the Government can afford to spend $747m on a defence package, why won’t they lend a hand to students?

The NUS calls on a formal response from the Federal Government.

What is your plan to save universities Minister Tudge?