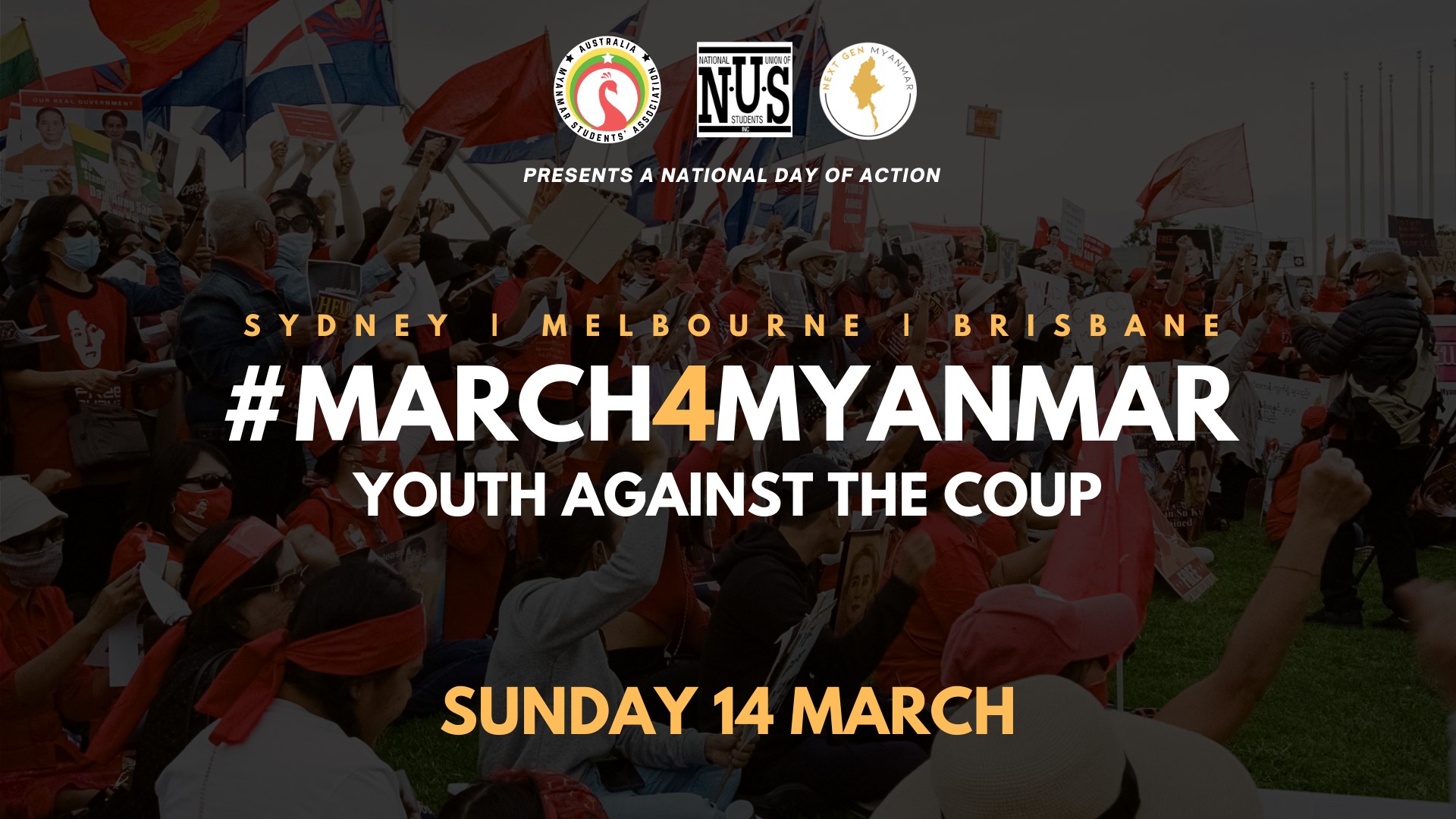 On March 14th, NextGen Myanmar, Myanmar Students Association Australia (MSAA) and the NUS will hold nationwide protests, in fierce condemnation of the atrocities that have occurred in Myanmar since February 1st.

This youth-led event will take place in Sydney, Brisbane and Melbourne to demonstrate a united front in a desperate call to action from the Australian Government.

The human rights abuses conducted by the Myanmar military and police are humanitarian crises – not only domestic or civil issues. Over 70 years of intergenerational trauma, oppression and genocide at the hands of this brutal regime must end now.

For the past month, the people of Myanmar have suffered greatly each day where tomorrow is never certain. Under international human rights norms, use of lethal force against non-violent demonstrators is never justifiable.

The people of Myanmar have woken up to violent crackdowns against unarmed civilians, drugged children forced to start fires, neighbourhoods air-bombed with live rounds and tear gas, innocent young girls being harassed out of their homes and distraught parents crying over their dead children’s bodies.

Young Burmese people now protest with lanyards and arm markings stating their blood type, and to donate their organs if they do not survive that day.

We call on the Australian Government to demand the immediate release of all those arbitrarily detained, including members of the Australian community.