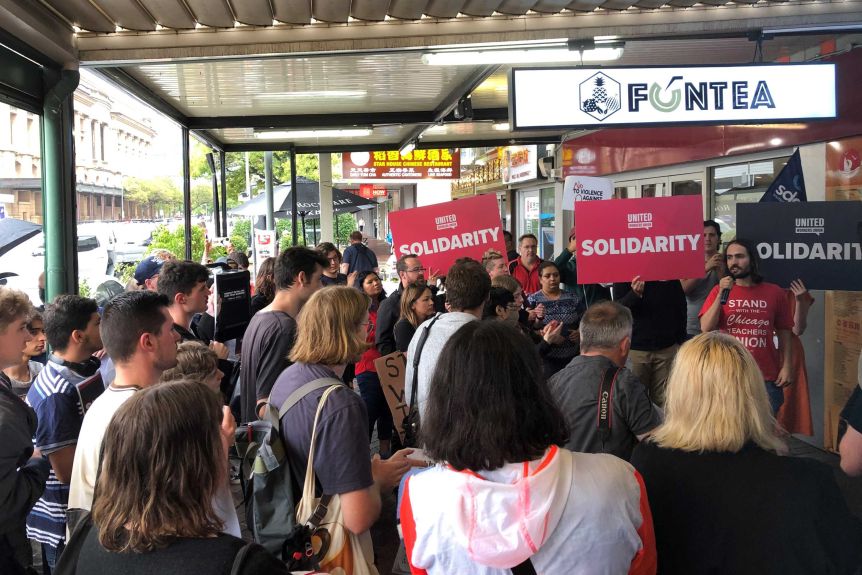 Last week, an International Student in Adelaide faced horrific assault after asking for her legal right to wages that were stolen from her by her employer. The vile abuse that followed, and was captured on camera, documented the student being violently slapped and verbally abused.

The NUS stands in solidarity with this student, and International Student workers across the country who are faced with such abuse daily; their cases often not heard and believed if they have no video evidence to back them up. International students in Australia face a barrage of malprotection in their workplaces. From most not being paid the award rate, to sexual harassment and workplace bullying, and unfair termination if and when they do speak out about their treatment.

Universities and Governments fail to adequately arm student workers with the resources they desperately need to navigate workplace issues. University codes stipulate that workers rights, FairWork details and award wage information must be provided at international student orientation. Instead, administrations spend the time taking students on pub crawls and teaching them Australian slang; as if that will be enough to prepare them for a move to a new country and the work exploitation that they are vulnerable to when they get here.

Most International students are unaware of their rights as an employee, with some even citing that they ‘did not know that Australian law covered [them]’ – a heartbreaking show of the lack of information and care that universities and workplaces provide to students arriving in Australia. Students who have faced wage theft, physical or verbal can contact their student unions for assistance.

The horrific abuse captured on camera last week is sadly the rule rather than the exception for International Student workers in Australia. Universities, workplaces and lawmakers must do better.